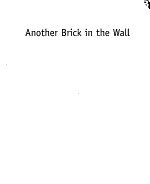 Another Brick in the Wall

Authors: Cliff Jones
Categories: Music
Go into the heart of Pink Floyd with this song-by-song analysis and learn the explosive story of one of the world's most popular rock bands. 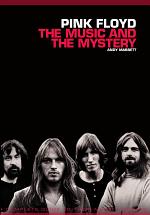 Pink Floyd: The Music and the Mystery

The Making of Pink Floyd - The Wall

Authors: Gerald Scarfe
Categories: Pink Floyd the wall (Motion picture)
Pink Floyd's THE WALL is one of the most iconic and imaginative albums in the history of rock music, endlessly discussed and dissected. It is loosely based on the life and experiences of Roger Waters and the stage performances and film were created in close collaboration with Gerald Scarfe. Scarfe and Waters worked together on the new version of the stage show. Gerald retains all the imagery and from this massive archive the book includes hundreds of photographs of the creation, staging and filming of The Wall as well as the live stage performances. In addition, Roger Waters allowed us to reproduce all the interviews and texts associated with the production of the album, the stage performances and the film. This is the authorised, definitive book of THE WALL.
Language: en
Pages: 142

Authors: Roger Waters, Pink Floyd (Musical group)
Categories: Music
Photographs combine with the lyrics of songs by the rock and roll band, Pink Floyd, to vividly portray the alienation and disillusionment of a young boy 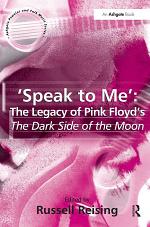 'Speak to Me': The Legacy of Pink Floyd's The Dark Side of the Moon

Authors: Russell Reising
Categories: Music
The endurance of Pink Floyd's The Dark Side of the Moon on the Billboard Top 100 Chart is legendary, and its continuing sales and ongoing radio airplay ensure its inclusion on almost every conceivable list of rock's greatest albums. This collection of essays provides indispensable studies of the monumental 1973 album from a variety of musical, cultural, literary and social perspectives. The development and change of the songs is considered closely, from the earliest recordings through to the live, filmed performance at London's Earls Court in 1994. The band became almost synonymous with audio-visual innovations, and the performances of the album at live shows were spectacular moments of mass-culture although Roger Waters himself spoke out against such mass spectacles. The band's stage performances of the album serve to illustrate the multifaceted and complicated relationship between modern culture and technology. The album is therefore placed within the context of developments in late 1960s/early 1970s popular music, with particular focus on the use of a variety of segues between tracks which give the album a multidimensional unity that is lacking in Pink Floyd's later concept albums. Beginning with 'Breathe' and culminating in 'Eclipse', a tonal and motivic coherence unifies the structure of this modern song cycle. The album is also considered in the light of modern day 'tribute' bands, with a discussion of the social groups who have the strongest response to the music being elaborated alongside the status of mediated representations and their relation to the 'real' Pink Floyd. 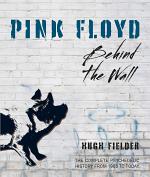 Authors: Hugh Fielder
Categories: Music
DIVA complete illustrated history of one of the most popular rock bands of all time, Pink Floyd. With more than 250 images and a complete discography./div 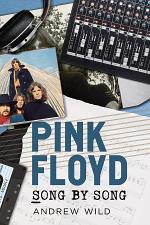 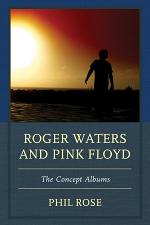 Authors: Phil Rose
Categories: Social Science
Beyond its elucidation and critique of traditional ‘notation-centric’ musicology, this book's primary emphasis is on the negotiation and construction of meaning within the extended musical multimedia works of the classic British group Pink Floyd. Encompassing the concept albums that the group released from 1973 to 1983, during Roger Waters’ final period with the band, chapters are devoted to Dark Side of the Moon (1973), Wish You Were Here (1975), Animals (1977), The Wall (1979) and The Final Cut (1983), along with Waters’ third solo album Amused to Death (1993). This book's analysis of album covers, lyrics, music and film makes use of techniques of literary and film criticism, while employing the combined lenses of musical hermeneutics and discourse analysis, so as to illustrate how sonic and musical information contribute to listeners’ interpretations of the discerning messages of these monumental musical artifacts. Ultimately, it demonstrates how their words, sounds, and images work together in order to communicate one fundamental concern, which—to paraphrase the music journalist Karl Dallas—is to affirm human values against everything in life that should conspire against them. 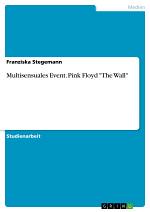 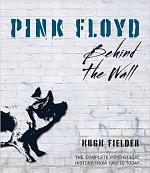 Authors: Hugh Fielder
Categories: Music
DIVWith a music career spanning nearly half a century, Pink Floyd is one of the most successful rock bands in history. With more than 250 million album sales to their credit, the band remains hugely popular worldwide.Both Rolling Stone and VHIhave named Floyd one of â€œThe 100 Greatest Artists of All Time,â€? and they continue to attract new legions of fans every single year. They were inducted in the Rock and Roll Hall of Fame in 1996 and the UK Music Hall of Fame in 2005.Their 2011 "immersion" box sets for their classic Dark Side of the Moon and Wish You Were Here albums were met with unanimous critical acclaim and prolific press.The Wall Live concert tour featuring Roger Waters was the second highest grossing concert tour in North America in 2010 (over $89.5 million dollars) and the sixth highest in the world. /divDIVIn this, the first complete illustrated history of Pink Floyd from 1965 through today, author and journalist Hugh Fielder gets â€œbehind the wallâ€? and recounts the bandâ€™s entire history, analyzes their recordings, and provides a complete discography. Readers will discover stories behind the bandâ€™s formation, recordings, and tours, as well as the bitter disputes, both public and private.Complemented with more than 250 images, including live performance and candid off-stage photographs, as well as rare memorabilia like gig posters, concert tees, picture sleeves, backstage passes, buttons, and ticket stubs, this is the book that every Floyd fan will want on their shelf./div 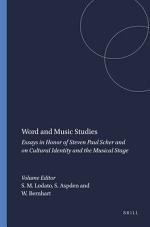 Authors: Suzanne M. Lodato, Walter Bernhart, Suzanne Aspden
Categories: History
The eighteen interdisciplinary essays in this volume were presented in 2001 in Sydney, Australia, at the Third International Conference on Word and Music Studies, which was sponsored by The International Association for Word and Music Studies (WMA). The conference celebrated the sixty-fifth birthday of Steven Paul Scher, arguably the central figure in word and music studies during the last thirty-five years. The first section of this volume comprises ten articles that discuss, or are methodologically based upon, Scher's many analyses of and critical commentaries on the field, particularly on interrelationships between words and music. The authors cover such topics as semiotics, intermediality, hermeneutics, the de-essentialization of the arts, and the works of a wide range of literary figures and composers that include Baudelaire, Mallarmé, Proust, T. S. Eliot, Goethe, Hölderlin, Mann, Britten, Schubert, Schumann, and Wagner.The second section consists of a second set of papers presented at the conference that are devoted to a different area of word and music studies: cultural identity and the musical stage. Eight scholars investigate – and often problematize – widespread assumptions regarding 'national' and 'cultural' music, language, plots, and production values in musical stage works. Topics include the National Socialists' construction of German national identity; reception-based examinations of cultural identity and various “national” opera styles; and the means by which composers, librettists, and lyricists have attempted to establish national or cultural identity through their stage works.