GET EBOOK
New Religious Movements tend to start their lives with a number of unequivocal statements, not only of a theological nature but also about the world and appropriate behaviours for the believer. Yet these apparently inalienable Truths and their interpretations frequently become revised, ’adjusted’ or selectively adopted by different believers. This book explores different ways in which, as NRMs develop, stagnate, fade away, or abruptly cease to exist, certain orthodoxies and practices have, for one reason or another, been dropped or radically altered. Sometimes such changes are adapted by only a section of the movement, resulting in schism. Of particular concern are processes that might lead to violent and/or anti-social behaviour. As part of the Ashgate/Inform series, and in the spirit of the Inform Seminars, this book approaches its topic from a wide range of perspectives. Contributors include academics, current and former members of NRMs, and members of ’cult-watching’ movements. All the contributions are of a scholarly rather than a polemic nature, and brought together by Eileen Barker, the founder of Inform.
RELATED BOOKS 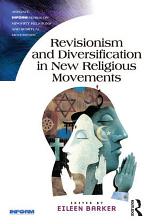 Authors: Eileen Barker
Categories: Religion
New Religious Movements tend to start their lives with a number of unequivocal statements, not only of a theological nature but also about the world and appropriate behaviours for the believer. Yet these apparently inalienable Truths and their interpretations frequently become revised, ’adjusted’ or selectively adopted by different believers. This book explores different ways in which, as NRMs develop, stagnate, fade away, or abruptly cease to exist, certain orthodoxies and practices have, for one reason or another, been dropped or radically altered. Sometimes such changes are adapted by only a section of the movement, resulting in schism. Of particular concern are processes that might lead to violent and/or anti-social behaviour. As part of the Ashgate/Inform series, and in the spirit of the Inform Seminars, this book approaches its topic from a wide range of perspectives. Contributors include academics, current and former members of NRMs, and members of ’cult-watching’ movements. All the contributions are of a scholarly rather than a polemic nature, and brought together by Eileen Barker, the founder of Inform. 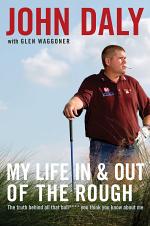 My Life in and out of the Rough

Authors: John Daly
Categories: Biography & Autobiography
Ever since his astonishing victory in the 1991 PGA Championship, John Daly, known affectionately on the PGA Tour as "Big 'Un," has enthralled fans with his big drives, bigger personality, and "Grip It and Rip It" approach to golf -- and to life. Long John, usually seen with a Marlboro Light dangling from his lip, is the unchained, unpredictable, unapologetic bad boy of professional golf. "The only rules I follow," JD likes to say, "are the Rules of Golf." Daly's play-it-as-it-lays approach drives My Life in and out of the Rough, a thrillingly -- and sometimes shockingly -- candid memoir of a larger-than-life athlete battling assorted addictions (alcohol, gambling, chocolate, sex), his weight, and, perhaps worst of all, divorce lawyers. (He's been married four times.) A two-time major winner before he turned thirty, John Daly is one of the most popular athletes in the world. Taking readers with him off the fairway and into his $1.5-million motor home for a rollicking ride through his life -- an ever-churning world of booze, burgers, casinos, country music, and breathtaking moonshots -- Daly reveals how a down-home Everyman from Arkansas managed to rise to the peak of the golf world, escape from the depths of abject depression, and, finally, take control of his life. Well, sort of. 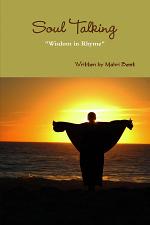 Authors: Mahri Best
Categories: Biography & Autobiography
If you are looking for a different way to view life that may bring you into a powerful, new way of being, this is the book that will change your life; if you have ever gone through, divorce, tried to lose weight, lost your home, been penniless, bankrupt, felt rejected or lost a loved one, this is the book that will bring you healing and help create a peace that you have never known before. 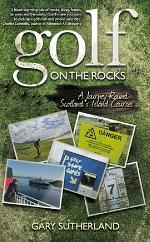 Golf on the Rocks

Authors: Gary Sutherland
Categories: Sports & Recreation
Gary Sutherland was a lapsed golfer, until he acquired his late dad's putter. After studying a crumpled golf map of Scotland, Gary decided to embark on a voyage. His target was to play 18 rounds of golf on 18 Scottish islands in honour of his dad, a ship's captain who, when he wasn't at sea, was never off the golf course. His journey would take him from the Northern Isles to the Outer Hebrides. Playing in the Harris hail and Arran sunshine, he would encounter an odd variety of golfing hazards, including sheep on the tees, cows on the fairways and electric fences round the greens. This is golf in the raw - a million miles from St Andrews. It is a life-affirming tale of remembrance and discovery. It's about having a laugh and holding on to what's dear. And it's about a putter with magical properties. You can believe what you choose to, but it all happened... 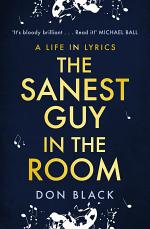 The Sanest Guy in the Room

Authors: Don Black
Categories: Biography & Autobiography
THE SUNDAY TIMES BESTSELLER '. . . a compelling memoir. Breezy and unpretentious, The Sanest Guy in the Room is a delightful collection of memories, insider information and after-dinner anecdotes' The Times 'Brilliant stories and wonderful behind-the-scenes glimpses of a life and career in show-business . . . It's bloody brilliant . . . Read it!' Michael Ball Don Black is the songwriter's songwriter, a composer's dream collaborator, and the man behind some of the twentieth century's greatest musical numbers. Black made his first foray into the glittering world of showbiz as a stand-up, before realising his error and focusing on his lifelong passion instead - music. Shirley Bassey, Michael Jackson, Quincy Jones, Henry Mancini and Barbra Streisand are just some of the artists Black has worked with over the years - not to mention his frequent collaborator, West End legend Andrew Lloyd Webber - in what can only be described as a remarkable musical career. Yet, never one to court fame, Black has always remained what Mark Steyn coined as 'the sanest guy in the room'. Interwoven with the stories behind songs such as 'Diamonds are Forever' and 'Born Free' are vignettes of Black's life with his beloved wife Shirley, who died in March 2018, after almost sixty years of marriage. Black writes movingly about how the enormity of his grief changed his life, and how the dark days are slowly turning into dark moments. The Sanest Guy in the Room is a rich and delightful paean to a life lived through song. It reveals the essence of Black's craft, looks at those who have inspired him and allows us to understand what made those icons tick. It is also a poignant tribute to Shirley, his biggest inspiration. Told with wit, warmth and great humour, this is Don Black's astonishing musical journey and an insight into a life behind the lyrics. 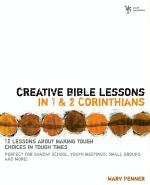 Creative Bible Lessons in 1 and 2 Corinthians

Authors: Marv Penner
Categories: Religion
Christian adolescents in the 21st century face pretty much the same situations as the first-century Christians in Corinth did -- an indulgent, profligate, choose-your-own-god society. The latest in the Creative Bible Lessons series, Creative Bible Lessons in 1 & 2 Corinthians is a 12-lesson curriculum with an issues-oriented spin on living one’s faith in the real world. It lets teenagers wrestle with the tension between biblical instruction and cultural realities. These 12 studies about the not-so-easily-tamed people of Corinth and their founding pastor Paul of Tarsus pave the way for youth workers and Sunday school teachers to teach high schoolers about conversion, transformation, failure, leadership, authority, and God's constant saving love even in the midst of people making a mess of things. Here are some of the not-so-ancient issues you'll explore in this study: Give Me Liberty or Give Me Love, Friends Don't Let Friends Go Unforgiven, Those Pesky STDs (Sexually Tough Decisions), Love Is . . ., No Easy Answers, Show Me the Money, and Ouch! Of course, there's lots of what the Creative bible Lessons series is known for: provocative and relevant discussion starters, to-the-point scripts, high-energy games, reproducible pages of interactive activities -- all in the context of hard-core Bible study.12 lessons. 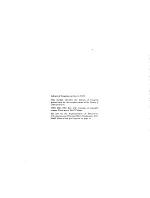 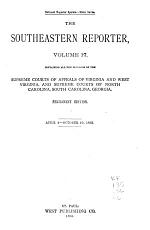 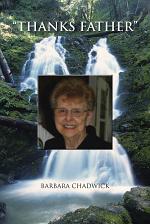 Authors: Barbara Chadwick
Categories: Religion
In sharing these snippets of words and thoughts with you, I have grown! In searching the heart of God for a word to encourage you, I have become encouraged. The thoughts of God are far above our thoughts but the thought that reaches the deepest into our heart is, GOD LOVES US SO MUCH THAT HE WOULD SACRIFICE HIS ONLY SON TO PAY THE PRICE FOR OUR WRONG DOING AND LET US OUT OF THE PRISON WE DESERVE TO BE IN!! NO ONE EVER LOVED ANOTHER LIKE HE DID AND DOES! 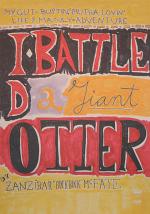 I Battled a Giant Otter

Authors: Zanzibar McFate
Categories: Fiction
Chainsaws! Pantyhose! Moonshine! Oprah? Opium! A Dead Whale! Air Force One! Manly ElectroluxingT & Brownie, the Adorable Dachshund Grandma Sews the Hangman's Hood 12 Tips for Climbing Cheops Almost Shot by the Secret Service The Black Rubber Dress Smuggling 'Tea' in Arabia Big Cheese TV Guy Eats a Baby Duck Jerry Garcia Forced to Play 'Truckin' Revenge of the Octo-Dog Converter I Hijack the Sunsphere 8 Soul Crushing Job Interviews 6 Airsquid Sex Secrets What Happened When I Glued My Eyes Shut My Wife Killed the Mole Baby & I Laughed Hot 'n' Spicy Hair Dye Sex Did I Mention Oprah? Oose: Your Body's Magic Mystery Stuff Wattle Biting Attack on the USS Devil Dog Secret Shame That Ruins Marriages: Can You Find Your Wife's 'Vestibule'? (I Can) Selling 'The Magic Belt' I Spy on the Mystery Woman of the Sahara! Plus! Your Quicky Guide to the Lacy Brassiere Films of Isabella Rossellini Originally Published in San Francisco as "I Am Satan's Slave" Zanzibar "Buck Buck" McFate battled a giant otter. He had the strength of 10 men, X-ray eyes, and the fingers of a concert pianist. He had what it took to keep one woman satisfied and coming back for more. McFate lived in exotic Egypt, Saudi Arabia, and New Jersey. Hoping that the deep puncture wounds would start healing soon, he moved to the quiet unspoiled village of Chapel Hill, North Carolina. Upon his return to the Congo, he was dismembered, disemboweled and scalped. 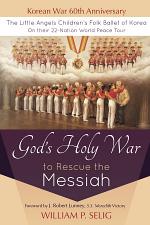 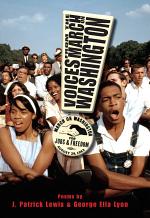 Voices from the March on Washington

Authors: J. Patrick Lewis, George Lyon
Categories: Juvenile Fiction
The powerful poems in this poignant collection weave together multiple voices to tell the story of the March on Washington, DC, in 1963. From the woman singing through a terrifying bus ride to DC, to the teenager who came partly because his father told him, "Don't you dare go to that march," to the young child riding above the crowd on her father's shoulders, each voice brings a unique perspective to this tale. As the characters tell their personal stories of this historic day, their chorus plunges readers into the experience of being at the march—walking shoulder-to-shoulder with strangers, hearing Martin Luther King Jr.'s famous speech, heading home inspired.