GET EBOOK
Spanish Horror Film is the first in-depth exploration of the genre in Spain from the 'horror boom' of the late 1960s and early 1970s to the most recent production in the current renaissance of Spanish genre cinema, through a study of its production, circulation, regulation and consumption. The examination of this rich cinematic tradition is firmly located in relation to broader historical and cultural shifts in recent Spanish history and as an important part of the European horror film tradition and the global culture of psychotronia.
RELATED BOOKS 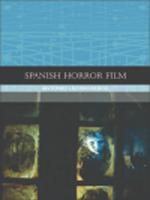 Authors: Antonio Lazaro-Reboll
Categories: Performing Arts
Spanish Horror Film is the first in-depth exploration of the genre in Spain from the 'horror boom' of the late 1960s and early 1970s to the most recent production in the current renaissance of Spanish genre cinema, through a study of its production, circulation, regulation and consumption. The examination of this rich cinematic tradition is firmly located in relation to broader historical and cultural shifts in recent Spanish history and as an important part of the European horror film tradition and the global culture of psychotronia. 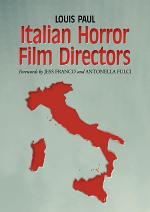 Authors: Louis Paul
Categories: Performing Arts
There is no cinema with such effect as that of the hallucinatory Italian horror film. From Riccardo Freda’s I Vampiri in 1956 to Il Cartaio in 2004, this work recounts the origins of the genre, celebrates at length ten of its auteurs, and discusses the noteworthy films of many others associated with the genre. The directors discussed in detail are Dario Argento, Lamberto Bava, Mario Bava, Ruggero Deodato, Lucio Fulci, Umberto Lenzi, Antonio Margheriti, Aristide Massaccesi, Bruno Mattei, and Michele Soavi. Each chapter includes a biography, a detailed career account, discussion of influences both literary and cinematic, commentary on the films, with plots and production details, and an exhaustive filmography. A second section contains short discussions and selected filmographies of other important horror directors. The work concludes with a chapter on the future of Italian horror and an appendix of important horror films by directors other than the 50 profiled. Stills, posters, and behind-the-scenes shots illustrate the book. 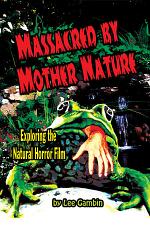 Authors: Lee Gambin
Categories: Performing Arts
Lee Gambin examines the extremely popular subgenre of the ecologically themed horror film, or, the natural horror film. Since Alfred Hitchcock gave us The Birds, the natural horror film (where animals or insects cause tremendous damage to the human population) is a much-loved subgenre, but one seldom referenced. This book offers insightful critiques on numerous films such as Them!, Squirm, Orca, The Pack, The Day of the Animals, Prophecy, Tentacles and many more. Over 100 titles are discussed and Gambin thoroughly scrutinizes the social and political impact of these films, dissects fundamental stock standards of this subgenre, as well as offers informative anecdotes relating to the production of these diverse movies. He critiques specific narrative devices and offers an analysis of performance, audience appreciation and filmmaking craft. 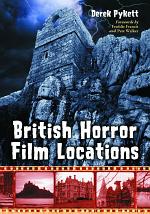 Authors: Derek Pykett
Categories: Performing Arts
Designed as a source for enthusiasts of British horror films, this guide reveals the shooting locations of more than 100 films released between 1932 and 2006, from The Abominable Doctor Phibes (1971) to Witchfinder General (1968). Each entry includes cast/crew credits, a brief plot synopsis, and a description of the film’s in-studio or on-site shooting locations; many include modern day photographs of the sites. Separate chapters provide in-depth accounts of individual locations. For the studio locations, the writeups include a complete list of the films produced at each studio and a brief description of the studio’s historical development. Accounts of the on-site locations feature an in-depth physical description of the location and any available information on its present purpose and ownership. 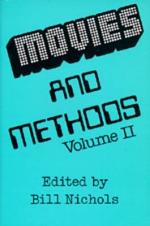 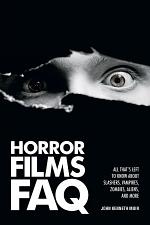 Authors: John Kenneth Muir
Categories: Performing Arts
(FAQ). Horror Films FAQ explores a century of ghoulish and grand horror cinema, gazing at the different characters, situations, settings, and themes featured in the horror film, from final girls, monstrous bogeymen, giant monsters and vampires to the recent torture porn and found footage formats. The book remembers the J-Horror remake trend of the 2000s, and examines the oft-repeated slasher format popularized by John Carpenter's Halloween (1978) and Friday the 13th (1980). After an introduction positioning the horror film as an important and moral voice in the national dialogue, the book explores the history of horror decade by decade, remembering the women's liberation horrors of the 1970s, the rubber reality films of the late 1980s, the serial killers of the 1990s, and the xenophobic terrors of the 9/11 age. Horror Films FAQ also asks what it means when animals attack in such films as The Birds (1963) or Jaws (1975), and considers the moral underpinnings of rape-and-revenge movies, such as I Spit on Your Grave (1978) and Irreversible (2002). The book features numerous photographs from the author's extensive personal archive, and also catalogs the genre's most prominent directors. 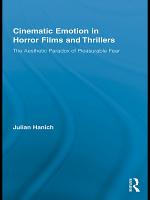 Authors: Julian Hanich
Categories: Social Science
Hanich looks at fear at the movies – its aesthetics, its experience and its pleasures--in this thought-provoking study. Looking at over 150 different films including Seven, Rosemary's Baby, and Silence of the Lambs, Hanich attempts to answer the paradox of why we enjoy films that thrill us, that scare us, that threaten us, that shock us –affects that we otherwise desperately wish to avoid. 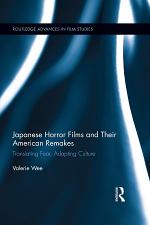 Authors: Valerie Wee
Categories: Social Science
The Ring (2002)—Hollywood’s remake of the Japanese cult success Ringu (1998)—marked the beginning of a significant trend in the late 1990s and early 2000s of American adaptations of Asian horror films. This book explores this complex process of adaptation, paying particular attention to the various transformations that occur when texts cross cultural boundaries. Through close readings of a range of Japanese horror films and their Hollywood remakes, this study addresses the social, cultural, aesthetic and generic features of each national cinema’s approach to and representation of horror, within the subgenre of the ghost story, tracing convergences and divergences in the films’ narrative trajectories, aesthetic style, thematic focus and ideological content. In comparing contemporary Japanese horror films with their American adaptations, this book advances existing studies of both the Japanese and American cinematic traditions, by: illustrating the ways in which each tradition responds to developments in its social, cultural and ideological milieu; and, examining Japanese horror films and their American remakes through a lens that highlights cross-cultural exchange and bilateral influence. The book will be of interest to scholars of film, media, and cultural studies. 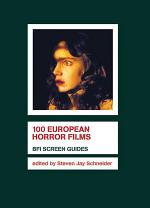 Authors: Steven Jay Schneider
Categories: Performing Arts
From bloodsucking schoolgirls to flesh-eating zombies, and from psychopathic killers to beasts from hell, '100 European Horror Films' provides a lively and illuminating guide to a hundred key horror movies from the 1920s to the present day. Alongside films from countries particularly associated with horror production - notably Germany, Italy, and Spain and movies by key horror filmmakers such as Mario Bava, Dario Argento, and Lucio Fulci, '100 European Horror Films' also includes films from countries as diverse as Denmark, Belgium, and the Soviet Union, and filmmakers such as Bergman, Polanski and Claire Denis, more commonly associated with art cinema. The book features entries representing key horror subgenres such as the Italian 'giallo' thrillers of the late 60s and 70s, psychological thrillers, and zombie, cannibal, and vampire movies. Each entry includes a plot synopsis, major credits, and a commentary on the film's significance, together with its production and exhibition history. Films covered in the book include early classics such as Paul Wegener's 'The Golem,' Robert Wiene's 'The Cabinet of Dr. Caligari,' and 'Murnau's Nosferatu'; 70s horror favorites such as 'Daughters of Darkness, The Beast,' and 'Suspiria'; and notable recent releases such as 'The Devil's Backbone, Malefique,' and 'The Vanishing.' 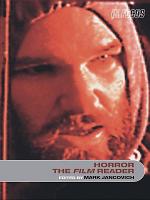 Authors: Mark Jancovich
Categories: Performing Arts
Horror, The Film Reader brings together key articles to provide a comprehensive resource for students of horror cinema. Mark Jancovich's introduction traces the development of horror film from The Cabinet of Dr. Caligari to The Blair Witch Project, and outlines the main critical debates. Combining classic and recent articles, each section explores a central issue of horror film, and features an editor's introduction outlining the context of debates. 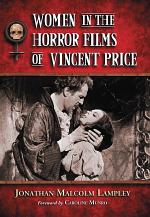 Women in the Horror Films of Vincent Price

Authors: Jonathan Malcolm Lampley
Categories: Performing Arts
Many of the key films in the career of horror icon Vincent Price (1911–1993) contain commentaries both obvious and subtle on the role of women, not only in the context of the times in which the films were created, but also during the historical periods depicted in the storylines. This examination of Price’s horror films focuses on how the principal female characters—portrayed by such notable actresses as Barbara Steele, Hazel Court and Diana Rigg, to name but a few—are simultaneously villains, victims and objects of veneration. Also considered are issues of gender and sexuality as addressed in Vincent Price’s most memorable movies. Included are dozens of rare production stills and a selected filmography that provides significant background information on the films cited. 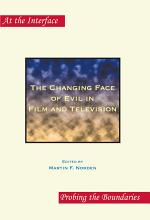 The Changing Face of Evil in Film and Television

Authors: Martin F. Norden
Categories: Computers
The popular media of film and television surround us daily with images of evil - images that have often gone critically unexamined. In the belief that people in ever-increasing numbers are turning to the media for their understanding of evil, this lively and provocative collection of essays addresses the changing representation of evil in a broad spectrum of films and television programmes. Written in refreshingly accessible and de-jargonised prose, the essays bring to bear a variety of philosophical and critical perspectives on works ranging from the cinema of famed director Alfred Hitchcock and the preternatural horror films Halloween and Friday the 13th to the understated documentary Human Remains and the television coverage of the immediate post-9/11 period. The Changing Face of Evil in Film and Television is for anyone interested in the moving-image representation of that pervasive yet highly misunderstood thing we call evil.ContentsMartin F. NORDEN: Introduction Matthew SOAR: The Bite at the Beginning: Encoding Evil Through Film Title Design Linda BRADLEY SALAMON: Screening Evil in History: Rope, Compulsion, Scarface, Richard III Mike FRANK: The Radical Monism of Alfred Hitchcock Cynthia FREELAND: Natural Evil in the Horror Film: Alfred Hitchcock's The Birds Matt HILLS and Steven Jay SCHNEIDER: ?The Devil Made Me Do It!?: Representing Evil and Disarticulating Mind/Body in the Supernatural Serial Killer Film Thomas HIBBS: Virtue, Vice, and the Harry Potter UniverseRobin R. MEANS COLEMAN and Jasmine Nicole COBB: Training Day and The Shield: Evil Cops and the Taint of Blackness Martin F. NORDEN: The ?Uncanny? Relationship of Disability and Evil in Film and Television Carlo CELLI: Comedy and the Holocaust in Roberto Benigni's Life is Beautiful/La vita e bella Garnet C. BUTCHART:. On the Void: The Fascinating Object of Evil in Human RemainsJohn F. STONE:. The Perfidious President and ?The Beast?: Evil in Oliver Stone's NixonGary R. EDGERTON, William B. HART, and Frances HASSENCAHL: Televising 9/11 and Its Aftermath: The Framing of George W. Bush's Faith-Based Politics of Good and Evil Bibliography Notes on Contributors Index